We've met a lot of people on our journey here, and we're super happy to support you all <3 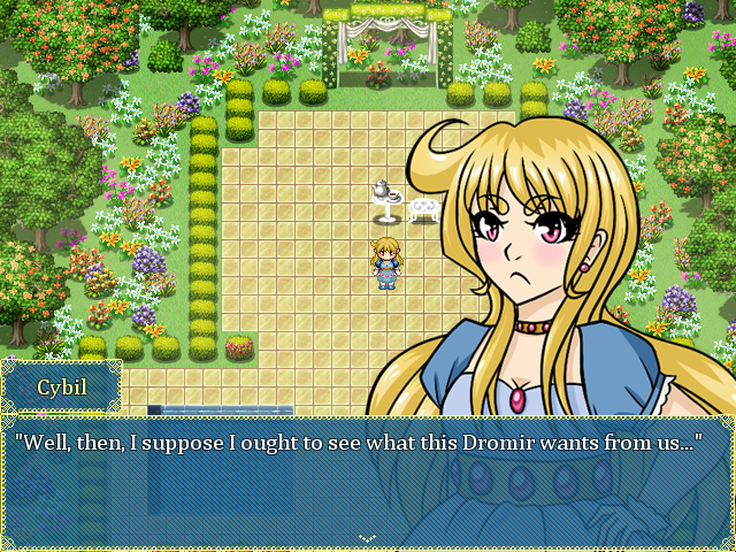 Jubilee Royale is a JRPG in production by Opal Starlight. The epic adventure is matched by incredibly designed artwork, thoughtful writing,  and lovable characters wrapped up into an immersive story to complete the package. The game is in production, and seeks to provide a large, dynamic and fully developed cast as well as team-oriented gameplay like never before. 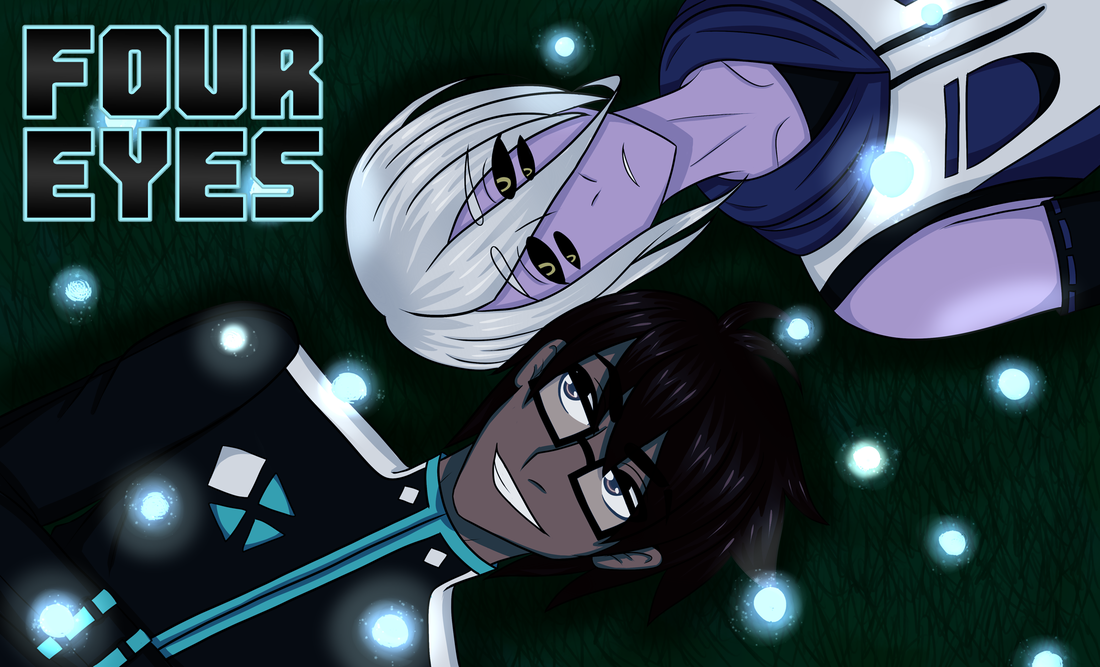 When a mundane delivery mission goes awry, Jett finds himself stranded with non-other than the stowaway he tried to rid his ship of. Now, the two must work together to get to safety. Made by Opal Starlight games, Four Eyes is a Yaoi Jam project by Whiona in a beautifully rendered world with captivating characters, stunning artwork and a concept that is sure to keep you both engaged and immersed long after you've played as well as dialogue that will hit you with laughter, guarenteed. 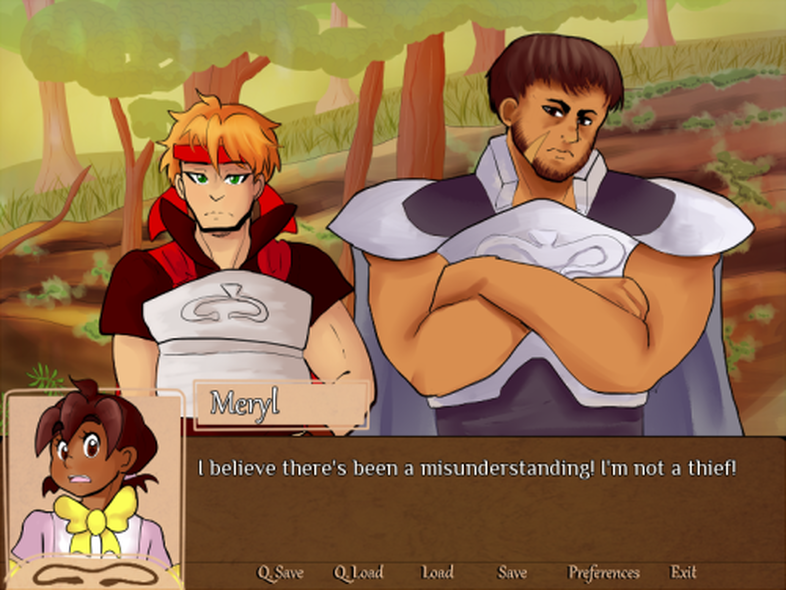 Image from Meryl and August: http://heidengames.tumblr.com/post/129241104710/heidengames-meryl-august-plot-meryl-is-a
Heiden is a Visual Novel dev who creates some of my personal favourite visual novels. You can play some of their games or follow them on their tumblr. Heiden games always has the most beautiful artwork with stunning variants and captivating colour schemes, memorable characters and amazing all around construction.  A few games are already out, so be sure to check them out below!

"Upon the End" Series

Image from Game Jolt for Once Upon the End
The Upon the End series is brought by one of Celestial Dance's writers. A unique and powerful RPG about friendship and love as the characters not only are built by the thoughtful dialogue and well-thought out quips, but grow as the story progresses. Experience an immersive tale with a story that is set to start once upon the end.
* Once upon the end
​

Joey Baggins is a youtuber who does anime, game and general videos. He's super cool, really entertaining and his videos are informative as well as really fun. He has a really great range of videos to enjoy already and with a very solid upload schedule, there are lots more coming your way!
Powered by

Create your own unique website with customizable templates.
Celestial Dance: Shift the Tide